The Leaps for Lives Dance Company is pleased to announce that we were able to raise $1,000 for The Histiocytosis Association and $315 for The Histio CURE Foundation at the 2016 Leaps for Lives dance showcase- that's a total of $1,315 (our biggest year yet!)
THANK YOU to all of our sponsors, guest artist and attendees - YOU made this years event an enormous success! We could not have done it without the love and support of the Tucson community!
Happy New Year!

About the 2016 Leaps for Lives Dance Showcase 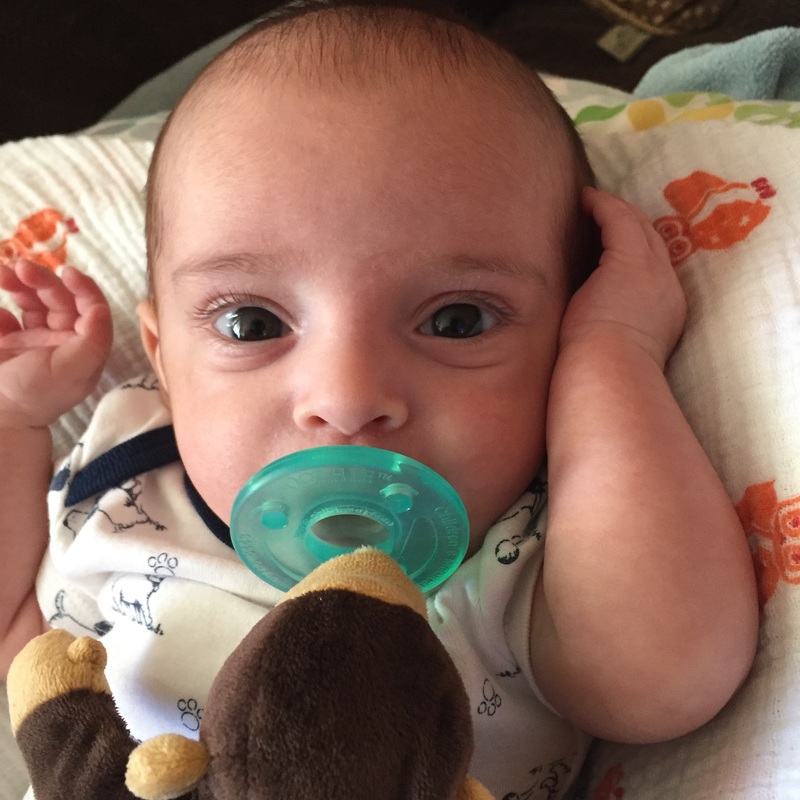 This is Owen. Owen is a sweet, curious and super cute four-month old.

At 4 weeks old, we discovered a growth on the inside of Owen’s right leg. His pediatrician thought it could be a hernia.

At 5 weeks old, we took Owen to see a pediatric surgeon. The surgeon knew right away that we weren't dealing with a hernia and ordered an ultrasound. The ultrasound showed an enlarged lymph node.
At 5 weeks old, Owen was hospitalized and under went surgery to have the lymph node removed.

At 7 weeks old, Owen’s lymph node biopsy returned a diagnosis of Langerhans Cell Histiocytosis (LCH.) LCH is a very rare, very serious blood disorder. LCH is a collection of immature immune system cells that can collect in sites through out the body causing tumors and effecting normal function of the affected system(s.) There is much debate on whether or not LCH should be categorized as a childhood cancer.

At 8 weeks old, Owen was hospitalized again to undergo a series of test to determine the extent of his LCH. He endured ultrasounds, x-rays, chemistries and an MRI. The testing determined that Owen had single-system, multi-focal LCH. Meaning many lymph nodes on one lymph node chain was affected by the LCH tumors. Because so many lymph nodes were affected, it was decided that Owen’s LCH was non-operable and he’d have to undergo chemotherapy treatments to stop the progression of his LCH.
At 8 weeks old, Owen underwent surgery to have a central line placed in his chest.
At 8 weeks old, Owen received his first dose of chemotherapy.

Owen has had a strong response to initial treatment. His 6-week evaluation (MRI) showed an 80% decrease in his two largest tumors and all of his “mini-tumors” are completely gone. Response to initial treatment is the best indicator of overall prognosis for LCH. Owen is expected to complete chemotherapy in June 2017 and live a normal, healthy life.

Owen is one of the lucky ones. Children affected by LCH can suffer terribly with effects from the tumors disrupting normal body system functions and some will not survive. LCH affects 1-2 per million infants and 1 in 200,000 children each year making it an orphan disease. Orphan diseases affect too few people to warrant federal funding for research that would discover targeted, effective treatments.

At home, Owen looks and acts like a “normal” four-month old baby. He smiles wide and babbles sweetly. He loves to sing songs and dance with mama and rescue pups- Cleo, Toby and Pinto.
At home, Owen receives daily medications and central line care.

We’d love it if you’d join us on our journey.

Join Us Friday, October 14th at the DeMeester Outdoor Performance Center for the 4th Annual Leaps for Lives Dance Showcase. Tickets can be purchased here. All proceeds from the show will be donated to The Histiocytosis Association.

We thank you all for your prayers, love and support.